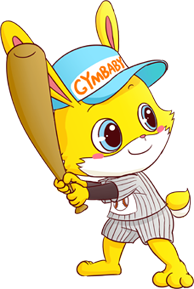 Back in 2005, the founder of GYMBABY, when visiting the church events in the United States, was impressed by how independent and confident the preschool kids there were, how they were ready to help each other and how much fun they were having in an environment that creativity was encouraged. However, in many Chinese families, the old-fashioned way of upbringing remained unchanged. Something must be done to bring the meaningful changes to the Chinese preschoolers and their families.

After returning to China, the founder of GYMBABY with the ambition to reshape the landscape of early childhood education in China has been working with ECE experts and child psychologists to learn from the sophisticated ECE theories and teaching methods widely adopted in the western countries. After three years of hard work, five standard curriculum programs have been developed for Chinese preschoolers and their parents.

In 2008, the first GYMBABY ECE Center was opened in Beijing. Since then, there has been a significant change in how ECE is perceived in China. Meanwhile, the new way of teaching promoted by GYMBABY has received extensive attention from both the industry and the media. Over the past seven years, GYMBABY has launched 100+ ECE centers in 26 provinces and municipalities to serve more than one million families. The concept of ECE is now an integral part of child rearing in Chinese families.

Looking ahead, GYMBABY will continue to grow and create value in the spirit of “give love to baby”.